QGIS 3.0 is the next big release in terms of features and tools. As it is stated in this e-mail chain we could expect this new major release in late 2017 and time is passing fast:

Yet this timeline is not strict and [was?] under discussion. We might expect a new candidate loaded with some cool and uncool features. Despite the new logo which was choosen two months ago we can see more features for this new beauty. New QGIS 3.0 logo candidate At the very moment we can see more then 250 features for this new release. About 30% are already finished: The best feature in my eyes is the multiple projects at once feature. Also the change to QT5/PyQT5 and Python 3 are noteworthy. Here you can find other features that are delivered in QGIS 3.0: What do you know about the next QGIS version? drop us a comment!
0 0 vote
Article Rating
Subscribe

It is available on Mac, it’s just not as stable as on windows

Good news. Hope one day it will be possible to plot earthquake moment tensor solutions (beachballs) in QGIS.

Hi Christoph,
Who says its not possible to plot beach balls in QGIS?.
Here is the screenshot from my QGIS where I have plotted FMS for tibet. Fault data is from Uni-Tuebingen/Prof. Ehlers data repository. 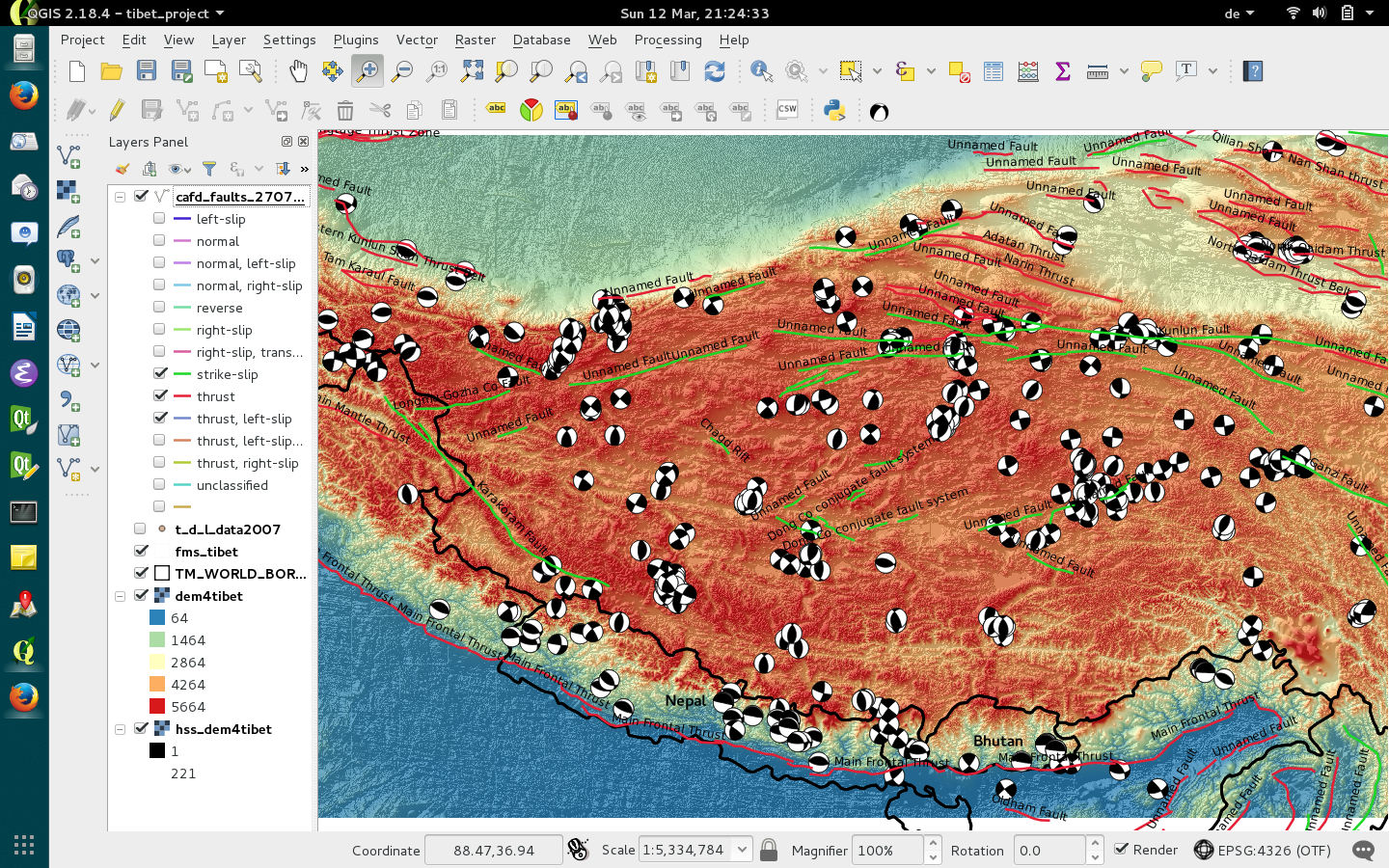 Hi Friedrich, thanks, excellent news. Tried to find an online resource about how to do this. Would you mind to share some details? Which plugin do you use and what data format can you feed into that?
Thanks,
C.

Hi, to the best of my knowledge there is no publicaly available QGIS plugin for this purpose. Online resource suggest to use 3rd party seismic library to generate beach balls. Actually, I wrote some of the python code back in 2005 during my MSc thesis and last months I wrote QGIS interface. Its an FMS generator plugin (without any thirdparty plugin) which is very buggy at the moment. Since, I am generating FMS nodal planes by myself, I still need to cross verify that all nodal planes are being correct and in proper order and fault types are properly marked.… Read more »

This article is extremely inaccurate. A lot of these features listed are from earlier versions. The 30% milestone is taken from the documentation work – not related to QGIS 3 in the slightest!!

You’re absolutely right with the 30%! Can you somehow give us a percentage of “completeness”?

is a bit old (was made in Jan), but it’s a comprehensive list of what was added to 3.0 at that stage and will later form the basis of the release notes.

Thank you for the share. can I update the article with this link?

Sure! If you like I’ll generate a new one tomorrow and can send that too. At lot has been added since Jan! Feel free to email me at nyall.dawson@gmail.com if you have any questions you’d like to run by me!

Hi Riccardo, will the new version affect on how plugins are developed? The reason for this question is because I want to develop some plugins for QGIS and are using books that are based on QGIS 2.x version. One book is from Gary Sherman “Extending QGIS 2,x using Python plugins”. Thanks.