Here comes another more or less off-topic post on soil science because I realized that the feedback for the last two soil related contents about global soil data and soil atlas was quite surprising. So it seems like that there are some soil scientists or at least digital geographers with an interest in soil science among us.

This post is related to the upcoming YEAR OF SOIL 2015 which was oficially initiated on December 5th, the World Soil Day. In Germany, the upcoming german Soiltype of the year 2015 will be “Pseudogley” after celebrating the so called “Weinbergboden” in 2014.

Linked to the Year of Soil 2015 there are many topics to summarize in this post.

First of all I would like to come back to our topic of digital-geography, mapping and GIS, by showing you the offer of “Le monde diplomatique” for the “Bodenatlas 2015” (unfortunately only in German and for German residents) which will be published on January 8th and can be requestd for 3,90€ incl. shipping by sending an email to bodenatlas@monde-diplomatique.de . I hope you’ll enjoy the maps (here we are again back to topic;)).

Second, many institutions are trying to raise awareness for soils in the next months by publishing soil related issues (like “Le monde diplomatique” does). A swiss newspaper “Tagesanzeiger.ch” published factsheet about 5 different soils which are photographed in a very extraordinary way. I’ll not hesitate to show you these amazing pictures in the following slideshow. The published articles and brief facts about the soils can be found here.

Third: The international year of soils 2015 will bring many activities all over the world like exhibitions, excursions, talks, conferences, discussions and many more. Fortunately the German Ministry of Environment puplished a webmap with all the locations where you can find soil related events in 2015. Feel free to browse the map and visit an event nearby. Here we’re back to topic again (click the map below for forwarding to the website and map). 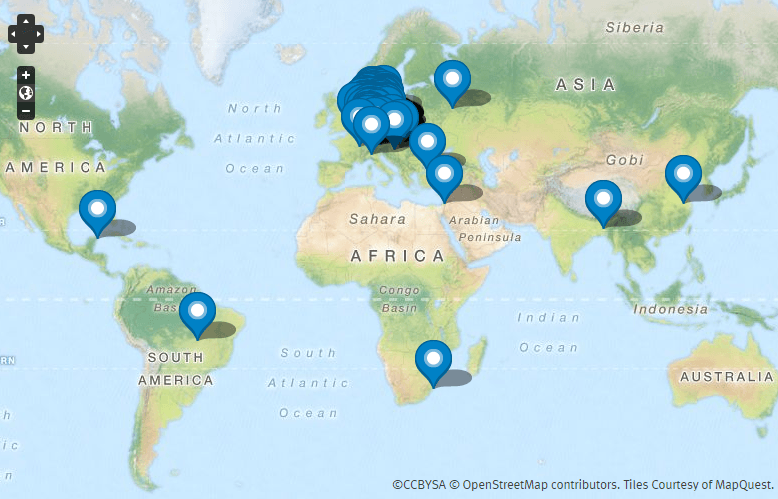 I think it’s really neccesary to raise awareness of the function and role, soils play in our daily life. Without soils there would be no food, nor wood, nor furniture etc. plus soils are among the biggest carbon sinks on our planet.

Don’t miss to check this infograph:

The Soil Atlas is also in English language- available free for download under http://globalsoilweek.org/soilatlas-2015